I'm sitting at the Dome on Mullaloo Beach working on my Online story, and current WIP  - Book 4 in the Jess Vandermire Vampire Hunter series.  It's 36 degrees with a nice breeze off the ocean.  The place is packed here.  People enjoying the day, sitting in every pool of shadow on the green in front of the ocean.

Here is part three of my online serial .....   Hope you're enjoying it.

Verbena sniffed and was possibly crying when she dashed out of the woods in the opposite direction of Gravellia’s surveillance, at least.  Damn it, she really hated disappointing the kid, but she had no idea what this assignment could turn into.  She’d make it up to the kid tomorrow.
Sucking in a deep breath one hand felt for the loaded revolver in the holster under her jacket.  No need for it now, but things could change.
Glancing back to make sure her niece really was on her way home, she forced herself to focus on the task at hand.  Did she really need that money?
The honest answer.  Yes.
She gritted her teeth.  She’d been a damned good cop.  Someone had it in for her, and she hoped someday she’d find out who.  She’d been doing her own research ever since she’d been framed, but so far nothing concrete had turned up.
In the meantime, this job would pay a few bills.
A breeze tinkled through the leaves above her and from across the street the sounds of male laughter flirted on the breeze.  Someone had opened a window in the house.  Bonus.
She edged out of the woods and did a fake bout of stretches then jogged down the sidewalk toward the house.  Making sure no one was nearby, she ducked behind a hedge and crept to the side of the building where the window had been opened in the kitchen.  She saw a lot of empty chip bags and beef jerky containers but the men were in another room.  Their muffled voices were accentuated with an outburst of raucous laughter every now and then.  She thought they must be plotting something heinous when she heard one man say, “Just try to beat this!”  Everyone groaned.
“A damned royal flush. How’d you get so lucky?” he asked suspiciously.
“It’s the dozen extra cards up my sleeve.”
“What sleeves?”  The complainer asked.
“Exactly,” the winner responded.  Shuffling and cards being played sounded, and everyone chatted normally again.
Grevellia leaned her back against the wall.  “It’s a poker game? Damn it!  Why would someone hire her for this?  She frowned.  Yeah, why would someone hire her for this?  This stank to high heaven.
She’d been distracted.  But why?
She crept around the corner of the house and took down the license plate number from the vehicle before going to the front door and ringing the bell.
A minute later the door opened.  The man answering the door had a cigar in his teeth, and a bottle of beer in one hand.  “Yeah?  What?”
She smiled at him.  “Hi, is Mary in?”
“Who?”  The big man with a brush cut and grease under his fingernails frowned at her. “Mary.  I’m here to visit my friend, Mary.”


“Ain’t no Mary here, lady.”
“Are you sure,” she asked, glancing past him to the group of men playing cards at a card table in the living room.  It certainly wasn’t an underworld gathering.


“Yeah, I’m sure,” he said and started to shut the door in her face then halted long enough to say,   “Sorry, but, I can’t help you.  I just bought this place and I don’t know the neighbors.”
“Thanks, anyway.”  She stepped away from the door and listened inside.  There were no surreptitious whispers, just the sound of the men going back to their gambling.
Angry and a little more than suspicious, she made for her vehicle down the street.
It hadn’t escaped her yesterday, when the man had hired her that he’d looked nervous.  And, in hindsight, probably not the kind of man who’d have money to pay a PI to do surveillance on a house.  She pulled her cell phone out of her pocket.  Immediately, she knew the number he’d given her would be a fake.  It rang about three times before she got the message from the operator.  “This number has been disconnected.“
“Of course it has.”  She frowned.  “What the hell is going on?”
Posted by Lina Gardiner at 11:26:00 PM 4 comments:

Another snap in the shadowy cover proved there was someone approaching.  Gravellia didn’t like carrying a weapon but she’d grabbed her revolver on her way out of the office without even considering why.
Since, she’d resigned from the police force she’d stopped carrying a gun.  Normally it was nothing but a paperweight in her locked gun case.  But, tonight, something felt off.  She had no idea what the hell was up.  Maybe she shouldn’t have taken that envelope of much needed cash for a simple one-night stakeout when it didn’t feel right.  This gig reeked to the sky, but her curiosity got the better of her.  Now, she wanted to know what was going on here.
Yeah, she was packing tonight, and now with some clumsy oaf trying to sneak up on her, she hoped she wouldn’t have to use it.
She slipped around the trunk of the large tree and pointed her revolver at the shadowy figure in front of her.  “Who are you, and why the hell are you following me?”
“Holy shit, Gravellia!  Don’t point that thing at me.  Is it really loaded?”  the familiar teen aged voice said breathlessly.
A long stream of silent curses echoed inside Gravellia’s head.  Had to be silent, because she never swore in front of her niece, Verbie.   “Verbena Ward, I told you to stay at home tonight.  You shouldn’t be here,” she hissed.  “It could be dangerous.”
Worse, If Verbena could find her this easily, had she been spotted by whomever she was supposed to be watching.  Is that why the lights remained out in the house she was watching?  They’d spotted her?
Her shoulders slumped and she felt like kicking something.
Verbie huffed a dramatic sigh.  “Believe me, I’d rather be at home Aunt Gravellia.”
“But…?”  Gravellia shoved the revolver back into her holster and flicked a quick glance at the bungalow still in total darkness.
“But, I’m doing a report on you for my final world studies class.”
“Verbie, what the hell….” She bit her lip against the unwanted curse.  “What in heaven’s name are you talking about?”
“I’m supposed to job shadow a local business person.   It’s worth half of my class mark, Auntie.  If I don’t do this, I’ll fail.”  Her eyes flashed in the darkness.  “And mom won’t be very happy if I fail.”


Garvellia pursed her dry lips.  “You can’t use your mother as a threat, Verbie.  She can’t manipulate me the way she does other people. Now, you go home and we’ll talk about this when I get back.”  Damn it, she shouldn’t have said that to Jo-ann’s daughter.  But the kid was savvy.   Maybe more savvy than she should be at thirteen.
Verbena’s head lowered and Gravellia felt a weight in the pit of her stomach.  Damn it, the poor kid got shifted from relative to relative whenever her mother found a new boyfriend and flew off to God-only-knew-where.  The kid needed stability.  Someone she could rely on.
Verbena had already started stumbling her way back out of the stand of trees.  “Verbie.  You can shadow me, okay.  But not tonight.  Not on stakeout.  Tomorrow, you and I will go to my office and put in a full day. How’s that sound?”
“Boring,” the teenager said.  “This is the exciting stuff.”


An engine roared down the street and a car lurched into the driveway of the dark bungalow.    Several men got out of the SUV.  Light went on inside and curtains were instantly drawn.
“Go home, now, Verbie.  This is NOT the place for you to be.” 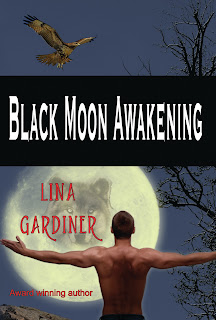 Grevellia Ward stood in the shadows and watched the house currently under her surveillance.  She sighed and wished she’d thought to bring along a thermos of tea or coffee and something to eat.  She’d been here for hours and not one person had shown up.  Her stomach growled and she dug into her backpack for an old mint or a stale piece of gum.  Nothing.
Why the hell had she been hired to watch this empty place, anyway? The client who had come into her office yesterday had paid in cash.  He wanted an update on who showed up here tonight.
She leaned against the oak tree at the edge of the park, directly across the road from the house under her watch.  A perfect location for surveillance.
Last year at this time she was making a decent wage.  But now?  Okay, so she needed the money.  Sue her.
She cringed at that thought.  Bad choice of words.  The reason she was in this mess was because she’d been taken to court by a citizen.
She’d been a damned good cop.  And the worst part, she’d done nothing wrong.  But evidence had been found that implicated her.  She gritted her teeth too hard and felt her jaw twinge in pain.  The so-called innocent citizen had said she’d taken a bribe and had threatened their life if they didn’t keep on paying.  Luckily the case had been thrown out, but fiction or not, the department didn’t like that kind of cloud hanging over them.  She didn’t actually have to quit, but things got so uncomfortable she finally decided it wasn’t worth it any more.
The worst part, she’d just bought a new house.  She’d met a guy who seemed a perfect fit.  And she had a little bit of savings in the bank.  Whammo!  Everything was pulled out from under her.  No job meant, no way to pay her mortgage.  She’d hung on for about six months, but then had to declare bankruptcy.  She lost everything.  Including Beecham Laramy.  Apparently, he had a thing for women in power, and when she’d become more or less powerless so he lost interest.
Bastard!
At least she’d found out what a jerk he was before it was too late.  Hell, she’d been hoping he’d propose before the shit hit the fan and landed all over her.
She felt like a fraud in some ways.  Mostly because she’d had little respect for PI’s before she’d become one herself.
She had no idea how difficult this job could be.  Well, more to the point, how damnable boring it could be.
But the client paid her a thousand dollars in cash to watch this house tonight.  She needed the greenbacks.  Who was she to complain if no one showed up.  Made the job that much easier.
A twig snapped to her left and she stepped further in the shadows of the tree.  Had that been a footstep, or a roaming cat or dog?