Grevellia strode along the sidewalk randomly dotted with pools of illumination underneath ancient streetlights.   She’d parked her car far enough away not to be spotted, but right now she regretted that.  This wasn’t the best part of the city.  Yeah, she was packing but she didn’t want to use her gun ever again.  She’d had to use it on the force once, and that person’s death hung heavy on her soul.  Always would.  It didn’t matter that the guy had every intention to shoot her, and he’d been a sleezeball who’d perpetrated more crimes than anyone should ever be allowed.  Didn’t matter; she hadn’t wanted to be the person who exacted his death sentence.
Ground fog flirted across the patchy grass in the wee hours of the morning.  Except for the occasional barking dog, not many other sounds broke the darkness.   Why hadn’t she noticed the state of these houses earlier?  Garbage lined the street and junk piled up.   Shadows became more prevalent because some of the streetlights were out.  Not just broken, but burned out she noticed.  Obviously even the city didn’t care much about this section.  Or they gave up trying to fix it.
Her guard went up when she saw someone coming toward her on the sidewalk.  Obviously a man.  He had a strong, steady gait.  He didn’t appear drunk or otherwise inebriated.  She pushed her shoulders back and monitored her situation.  A quick glance around proved there was no one else sneaking up on her from behind.
“Grevellia, is that you?” The shadowy stranger spoke the second she stepped under a streetlight.
She recognized that voice.  Vince Gregory, one of the cops she’d worked with a few years back.  He’d left to go undercover downtown.  What the hell was he doing here?
“Vince?  That you?”
“Yeah.  Funny meeting you here at this time of the night.”
She could see him more clearly now.  He’d always had it going on in the tall, damned good looking arena, though she really thought he didn’t know it.  His shoulders were broad and he could handle himself in any situation.  Not only was he quick, but he was strong and he knew how to handle himself in hand-to-hand combat better than anyone she’d served with.  He’d won lots of competitions while he served at her precinct.
Dressed down, in grungy jeans and a tattered T-shirt, she figured he was on the job.  Even so, the look was good on him.  Several of the female cops had had the hots for him, but not her.  She liked him, though.  He was all cop, and was rarely swayed by a pair of big….. eyes.
Vince quickly monitored the street.
“What going on, Vince?”
“You’re in a bad place, here, Grevellia.  Whatever brought you to this part of the city?”
“I’m a PI now.  I was hired to monitor a house a few blocks back.”
Vince’s gaze narrowed on her.  “Anything going on there?”
“Nah, just a few guys playing poker.  I think I’ve been sent on a wild goose chase.”
“Sounds like it.”  He paused and cleared his throat.  “Hey, I heard about your bad luck.  You should’ve stuck it out in the force, Grev.  You had lots of people who’ would’ve backed you up.”
She felt heat prick the back of her eyes and forced it stop by blinking several times.  “I decided it wasn’t worth taking anyone else down with me, Vince.  Whoever set me up had some powerful connections.  I didn’t have a hope in hell to prove myself with the amount of evidence continually stacking up against me.  Hell, if I hadn’t gotten out when I did, they might have made some of the false evidence stick.”
“Shit.  I didn’t realize it was that bad!”
“Not many people did.  I thought it was best to get out and keep that information on the down low.”
“Shit!”
“You still in the same field?” She didn’t mention what that job might be in case someone was listening.  She didn’t want to blow his cover. 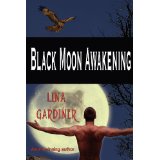 This book has been nominated by RT Book Reviewers in the 2012 Book of the Year Category.  The Award ceremony is going to be held in Kansas City, Missouri in May.  I'll be there for my birthday.  Fingers crossed.  :)